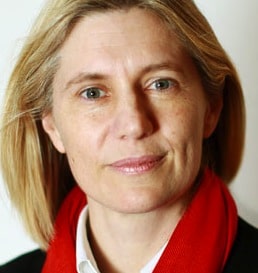 Philippa Stroud, a conservative Parliamentary Candidate in the UK, once tried to pray the gay out of a girl at a church she founded 20 years ago. Sound ridiculous? Wait until you get to the part about demons.

Abi, a teenage girl with transsexual issues, was sent to the church by her parents, who were evangelical Christians. "Convinced I was demonically possessed, my parents made the decision to move to Bedford, because of this woman [Stroud] who had come back from Hong Kong and had the power to set me free," Abi told the Observer.

"She wanted me to know all my thinking was wrong, I was wrong and the so-called demons inside me were wrong. The session ended with her and others praying over me, calling out the demons. She really believed things like homosexuality, transsexualism and addiction could be fixed just by prayer, all in the name of Jesus."

Get to know Stroud's views a little better. A video interview with her is AFTER THE JUMP.