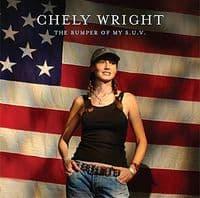 "Country singer Chely Wright's reasoning was sound. 'There had never, ever been a country music artist who had acknowledged his or her homosexuality,' she tells People. 'I wasn't going to be the first.'

But now Wright is changing her tune. 'Nothing in my life has been more magical than the moment I decided to come out,' she says.

Wright, 39, recalls of her youth in the South: 'I don't have a memory in my life that doesn't include the dream of making music.' But during her childhood and rapid ascent to fame in the county world, she also experienced a community in which homosexuality was shunned. 'I hid everything for my music,' says Wright."