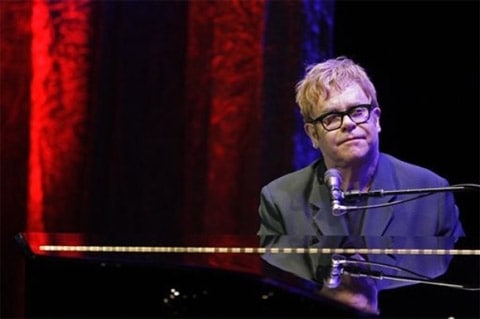 DPA news service reports that Elton John's scheduled May 18 concert in Egypt faces cancellation over his remarks about gays and religion:

"'How do we allow a gay, who wants to ban religions, claimed that the prophet Eissa (Jesus) was gay and calls for Middle Eastern countries to allow gays to have sexual freedom,' head of the Egyptian Musician Union, Mounir al-Wasimi told the German Press Agency dpa.

The pop superstar, 63, stirred controversy after his remarks to US celebrity news magazine Parade in February, where he said 'Try being a gay woman in the Middle East – you're as good as dead,' after saying he believed Jesus was 'gay'.

Al-Wasimi said that he has begun coordinating with security bodies to ban John's concert, saying that the union is the only body 'authorised to allow performances by foreign singers in Egypt'."