On one day in the Middle East, I was ordered by a superior to get down on my hands and knees and simulate oral sex on a person working in the kennel. We were supposed to pretend that we were in our bedroom and that the dogs were catching us in the act. Over and over, with each of the dogs in our unit, I was forced to endure this scenario.

I told no one about what I was living through. I feared that reporting the abuse would lead to an investigation into my sexuality. Frankly, as we continue to delay the repeal of this horrible law, I can’t help but wonder how many people find themselves in similar, despicable situations and remain silent. My anger today doesn’t come from the abuse, but rather from the inhumanity of a standing law that allowed for it.

Three and a half years later when the Navy started investigating claims of hazing, I had finally earned my place at the Naval Academy Preparatory School. But instead of celebration, I began to question the life of persecution, degradation, and dishonor DADT had forced on me. I questioned the institution — our great military — that would condone and endorse this kind of treatment of its own members. The only thing I had ever done wrong was to want the same thing my straight counterparts wanted: a brotherhood and something to stand for.

After completing a six-week officer candidate boot camp, my commanders said they wanted to offer me a leadership role. But after what happened in the Middle East and even the suicide of my close friend, I was mentally and emotionally depleted. And so — with my knees buckling — I offered my statement of resignation in writing:

"I am a homosexual. I deeply regret that my personal feelings are not compatible with Naval regulations or policy. I am proud of my service and had hoped I would be able to serve the Navy and the country for my entire career. However, the principles of honor, courage and commitment mean I must be honest with myself, courageous in my beliefs, and committed in my action. I understand that this statement will be used to end my Naval career."

They say some people are just born designed for military service. It‘s the way we are wired, and the only thing that makes us happy. For too many of us, it‘s the only family we ever had. I am sure now, more than ever, after all the loss and hardship under DADT, that all I want to do is serve as a career military officer.

Mr. President, any delay in repeal is a clear signal to our troops that their gay brothers and sisters in arms are not equal to them. I plead that you take the lead — fight for repeal — and allow qualified men and women to serve their country. 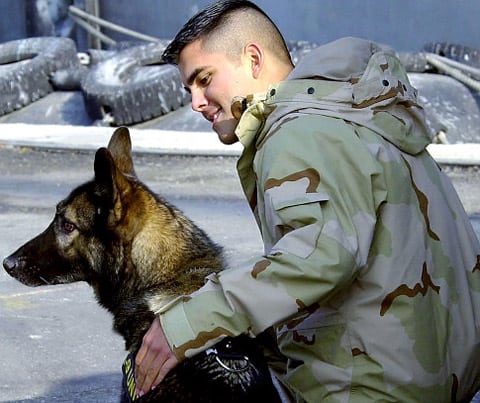 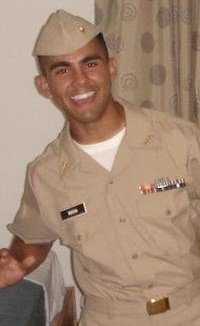 After the recent letter by Secretary of Defense Robert Gates recommended the repeal of “Don’t Ask, Don’t Tell” be delayed, this is my plea to you on the behalf of the soldiers serving in silence to end this law now:

I never wanted anything more in my life than to be a career officer. My entire childhood I was exposed to abuse, violence, and crime. I came out of it all with a simple, yet overwhelming desire to serve. When my first attempt at getting into the Naval Academy failed, I waited restlessly until I turned eighteen. I enlisted on my birthday and set off to prove myself to the Academy. I was eager to leave the cruelty of my past and join a true family.

I knew I was gay, but it was irrelevant to me then. I was determined to join an elite team of handlers working with dogs trained to detect explosives. As I studied hard to pass exams and complete training, I was convinced that the current law would protect me. I knew that based on merit and achievement I would excel in the military.

I never told anyone I was gay. But a year and a half later while serving in the Middle East, I was tormented by my chief and fellow sailors, physically and emotionally, as they had their suspicions. The irony of "Don't Ask, Don't Tell" is that it protects bigots and punishes gays who comply.

Shop talk in the unit revolved around sex, either the prostitute-filled parties of days past or the escapades my comrades looked forward to. They interpreted my silence and total lack of interest as an admission of homosexuality. My higher-ups seemed to think that gave them the right to bind me to chairs, ridicule me, hose me down and lock me in a feces-filled dog kennel.