Juan Matos, the man charged in the brutal murder of gay Puerto Rican teen Jorge Steven Lopez Mercado, pleaded guilty today and received an immediate sentence. As you may remember, Mercado's body was found decapitated, dismembered, and partially burned by the side of the road near the Puerto Rican town of Cayey last November. 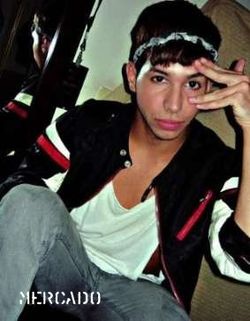 "Juan José Martínez Matos, who had been scheduled to go on trial for Jorge Steven López Mercado’s death on Monday, May 17, confessed to the crime during a hearing in Caguas on Wednesday, May 12.

Martínez told the court he understood the consequences of his actions, and Judge Miriam Camila Jusino immediately sentenced him to 99 years in prison.

Primera Hora reported López’s parents, Myriam Mercado and Jorge López, hugged prosecutor Yaritza Carrasquillo after the hearing. Mercado told the newspaper, however, Martínez’s confession was bittersweet for her and her family.

'We are able to find a bit of peace in this aspect, but it still not going to return Steven,' she said. 'But at least there is justice in Puerto Rico.'

'I want to send a message to Juan (Casper) and tell him there is hope in Christ,' said López with tears in his eyes. 'The lord has forgiveness for him, Irregardless of what has happened. God has a plan for him if he opens his heart to Christ. God will forgive him also.'"