The NYT discusses legal fall-out from the Rekers scandal:

"But legal experts say the scandal may affect more than Dr. Rekers’s reputation. They say it places obligations on those who have relied on Dr. Rekers to inform the court in at least one continuing case to modify or withdraw their arguments.

'Each lawyer must tell the court if he comes to know that one of his witnesses has given ‘false’ testimony,' said Stephen Gillers, an expert in legal ethics at New York University. That could come into play if the expert is discredited, he added." 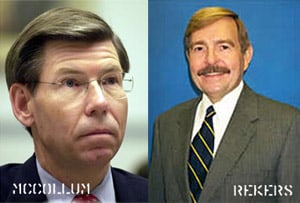 And it certainly comes into play with the Florida gay adoption case:

"In the November 2008 decision declaring the Florida gay adoption law unconstitutional, Judge Cindy Lederman of Miami-Dade Circuit Court wrote that Dr. Rekers was “motivated by his strong ideological and theological convictions that are not consistent with the science,” and not 'credible.' Mr. McCollum, a Republican who is running for governor, has appealed that decision. In papers filed well before the scandal broke, he denounced the court’s 'wholesale disregard' of testimony by Dr. Rekers and another expert, calling the decision 'arbitrary,' stressing Dr. Rekers’ qualifications and stating that 'the trial court entirely discredited him based on his religion.'

To Professor Gillers, Mr. McCollum is now obligated both as a lawyer and as a public official to alert the appellate court. 'It is not enough for the attorney general simply to refrain from relying on the testimony in his brief and argument,' he said. 'He has an affirmative duty to speak up.'"