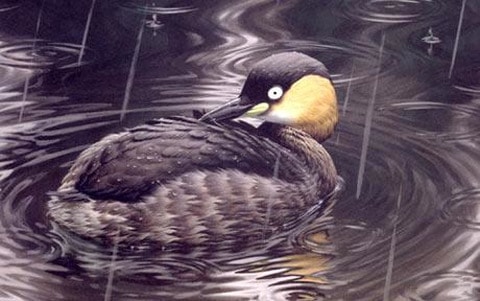 The Earth has lost this beautiful species:

"The Alaotra grebe, also called the rusty grebe, had been highly vulnerable as it was found only in Lake Alaotra, eastern Madagascar, according to the Swiss-based International Union for Conservation of Nature (IUCN), which compiles the Red List of endangered species.
The grebe was wiped out by habitat destruction, by the introduction of a carnivorous fish called the snakehead murrel and by nylon gill-nets which accidentally caught and drowned many birds."