Earlier this morning I posted about criticism of language in the "Don't Ask, Don't Tell" repeal compromise coming from within the LGBT community. Critics say the language gives politicians cover while leaving service members open to continued discrimination and no timeline for ending it. 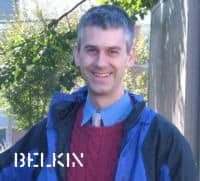 The community fears a return to the pre-Clinton days when the gay ban was a military regulation, not a law, and the Pentagon had free license to discriminate.

Here's why that scenario shouldn't scare us. 2010 is not 1993. The Chairman of the Joint Chief of Staff and the Republican Secretary of Defense have called for open gay service. The public supports open service overwhelmingly, and that includes a majority of Republicans. Within the ranks, people just don't care. Sure, there are some die-opponents in uniform. But their numbers are small and dwindling. Polls show that the number of service members who feel strongly about the issue is trivial, somewhere around 5 or 10 percent depending on the survey.

I'm sure that future Republican administrations will try to force gay troops back into the closet. And it would be much better to have a legal promise of nondiscrimination than an executive order or Pentagon regulation. That said, the regulatory path will be durable. Ex-president George Bush tried to undo a Clinton-era executive order mandating non-discrimination among non-military federal employees, and he couldn't get away with it. As Ana Marie Cox has pointed out, racial integration was wildly unpopular when President Truman implemented it via executive order, and that policy has persisted for more than six decades.