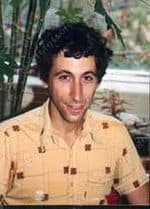 The Energy Department dumped Jonathan Katz from its scientific team appointed to deal with the Deepwater Horizon oil spill after his anti-gay writings were brought to light earlier today, OutQ News reports:

"Stephanie Mueller told OutQ News: 'Dr. Chu has spoken with dozens of scientists and engineers as part of his work to help find solutions to stop the oil spill. Some of Professor Katz’s controversial writings have become a distraction from the critical work of addressing the oil spill. Professor Katz will no longer be involved in the Department’s efforts.'"

Katz is a self-proclaimed "proud homophobe" who in a paper blamed gays for the deaths of other people who contracted AIDS, saying, "Guilt for their deaths is on the hands of the homosexuals and intravenous drug abusers who poisoned the blood supply. These people died so the sodomites could feel good about themselves."

Previous Post: « Johnny Galecki on Gay Rumors: ‘Why Defend Yourself Against Something That’s Not Offensive?’
Next Post: Story from the Frontline of ‘Don’t Ask, Don’t Tell’:
A Mother in the Closet »