Our son pondered what to do with his life. One day he came home and announced he had joined the military. He was flush with excitement, fully aware of the risk he was undertaking, but, at the same time, so determined to serve. He excelled in Basic Training. He trained for his job and enjoyed his work as an enlisted man. He deployed abroad. He grew up in front of our eyes.

The officers above him recognized his drive and his ability, and helped him to get into a military program that sent him back to finish college and then commissioned him as an officer. He is well on his way to becoming a military pilot. Not long from now, he’ll earn his wings.

This baby, this boy, this man makes his Mom so proud. But as I think about his life forced in the closet from this “Don’t Ask, Don’t Tell,” it makes waiting for repeal another day that much harder.

Mom’s have lots of dreams when they have babies. All of you moms know what I am talking about. What if your child had to live a lie; had to remain alone through their best and brightest years? My dream for my son is that the United States of America would wake up and realize that times have changed, that people who happen to be gay or lesbian are really just like the rest of us, with the same aspirations, the same needs, and the same goals.

“Don’t Ask, Don’t Tell” throws more than just service people into the closet; it throws moms, dads, siblings, grandparents, godparents, friends and loved ones in there as well.

As a mom, my heart breaks for all the gay and lesbian “kids” in the military, and for all the special people in their lives who live with us in the closet.

I dream of actually being able to write to the President, my senators and representatives in the Congress, and actually signing my name, something I can’t do now due to the risk of outing my son.

I dream of the day when my son won’t have to live in fear, even as he works to keep the rest of us from living in fear.

And yes, as a mom, I dream of my son getting married to the man of his dreams. I dream they will have all the rights that my husband and I do. I dream that my son won’t have to wait through his entire military career to find love. We all yearn for love.

Today, even in the closet, I dare to dream.

A mother in the closet 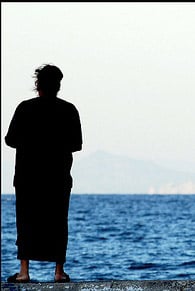 I have been a mom for over a quarter of a century, but I remember each of my children’s births with such joy. I remember my son’s birth. We had picked a boy’s name and a girl’s name, deciding to wait and see. My labor was easy. As the baby was born, the doctor exclaimed that he was a boy! He was doing so well that we brought him home to meet his big sister that very morning.

From the start our son was easygoing and peaceful. He grew to be curious, mischievous, active and strong. He was skiing as soon as he could walk. Our son was fearless, whether he was skiing, skating, riding a bike, or climbing up a rock face. He excelled in team sports as well as individual sports, several times placing in the top ten in U.S. and World competitions.

As a young adolescent, however, he struggled in school. He didn’t fit in. We assumed it was because he was gifted and bored with the assignments. As he went on to high school, his struggles continued. He dropped out, completing his GED on his own, and moved on to college without a clear direction.

During those difficult times, he would come to me late at night, and we would talk things over. As a mom, I treasured those long conversations, happy I could be there for him, and despite his struggles, very proud of the young man he was becoming. One night, perhaps a decade ago, he wanted to talk. On this night, my son said, “Mom, I’m gay.” I immediately told him that no matter what, I loved him. (Later, when he came out to his dad, his father’s reaction was just the same.)

With this knowledge came a new responsibility to honor his right to be in control of who knew and who didn’t. And so began a new phase of our lives: living in the closet.