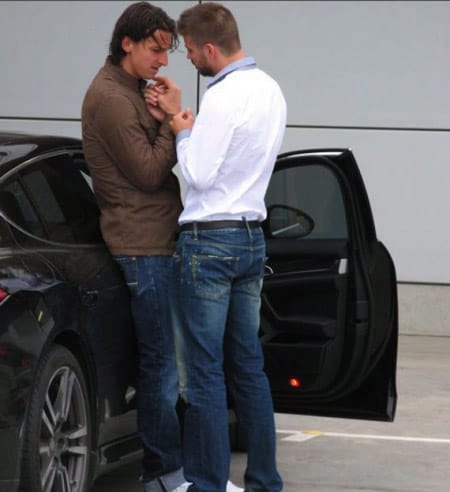 A moment caught on camera between Barcelona football stars Zlatan Ibrahimovic and Gerard Pique is stirring up a lot of speculation in Spain and in the football world.

Guanabee writes: "The image has caused people to speculate over the nature of their relationship. We should note that Ibrahimovic is married with children, and Piqué has been linked to Bollywood actress Lisa Lazarus. That, however, doesn’t preclude them from being involved with one another."