A cadet went to my commanders and told them I was gay and dating a fellow cadet. During the investigation that followed I made no comment to the JAG officer conducting the investigation. I was eventually called into my commander’s office and disenrolled from ROTC in August 2002. I received a piece of paper saying I was no longer fit for military duty due to “homosexual conduct.” You can’t even imagine how that feels. Almost 8 years later, I still remember wearing my flight suit for the last time and handing my ID card to the NCO who was trying not to cry.

Mr. President – I assure you I am fit for military duty and so are the 66,000 lesbian and gay service members currently serving. Please keep your promise and stop discharging patriotic Americans. I did my part; now, sir, please do yours! 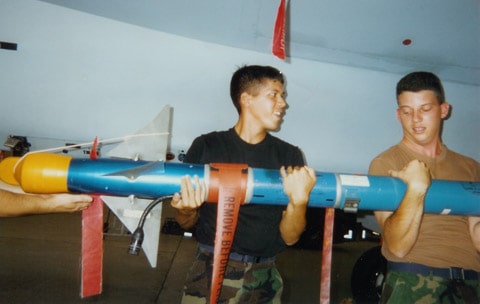 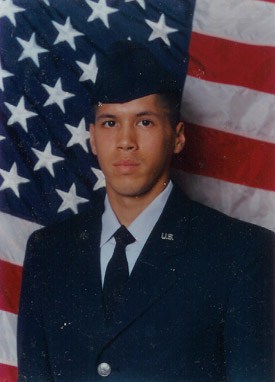 It has been almost eight years since I was discharged under “Don’t Ask, Don’t Tell.” Every day another American patriot who volunteered to serve our country is discharged under this unjust law. Now is the time for you to show the leadership expected from our Commander-in-Chief and work with Congress to repeal “Don’t Ask, Don’t Tell” this year. How many more careers will be ruined before we see repeal?

I was fortunate to grow up as an Air Force brat. My dad and stepdad both retired from the Air Force after serving 20 years. It only made sense that I would eventually follow their footsteps and serve as well. I didn’t realize I was gay when I joined the Air Force in March 1996 and never gave any thought to “Don’t Ask, Don’t Tell.”

There was nothing I enjoyed more than wearing the uniform and was very proud to be serving my country. I did everything right to ensure I had a successful career in the Air Force. I loaded missiles on F-15’s at Langley AFB where I received Airman of the Quarter, Load Crew of the Quarter, and was even handpicked for a no-notice deployment to Kuwait when I was deployed to Saudi Arabia for Operation Southern Watch. At Elmendorf AFB, I was selected to work at the Weapons Standardization Section where I trained and evaluated load crews on loading bombs and missiles on F-15E aircraft. I was promoted to SSgt on my first try and graduated as a distinguished graduate from Airman Leadership School.

After reenlisting for another four years I decided to apply for Air Force ROTC and was selected under the Professional Officer Course – Early Release Program. I was discharged from active duty in August 2001 and signed my ROTC contract the next day. One of the proudest moments of my life was when I received my pilot slot. I was so excited; not only was I going to be an officer in the Air Force but I also had the chance to be a pilot. All my hard work was paying off.

But everything changed a few months later.