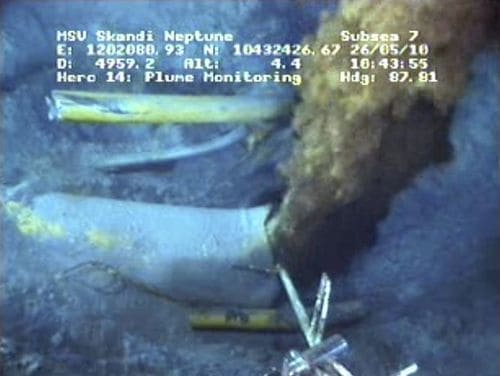 An ambitious "top kill" procedure, aimed at stemming flow from the leaking Deepwater Horizon oil well in the Gulf, has worked, says a Coast Guard Admiral:

The 'top kill' effort, launched Wednesday afternoon by industry and government engineers, has pumped enough drilling fluid to block all oil and gas from the well, Allen said. The pressure from the well is very low, but persists, he said.

Once engineers have reduced the well pressure to zero, they will begin to pump cement into the hole to entomb the well. To help that effort, he said, engineers are also pumping some debris into the blowout preventer at the top of the well."

This would be very good news, if correct. Let's hope they've got it.