A UK street preacher was arrested last week after a police officer, who happened to be gay, overheard him delivering a sermon the cop deemed to be homophobic in nature: 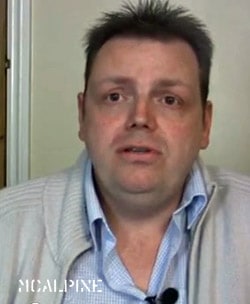 "Dale McAlpine was charged with causing “harassment, alarm or distress” after a homosexual police community support officer (PCSO) overheard him reciting a number of “sins” referred to in the Bible, including blasphemy, drunkenness and same sex relationships.The 42-year-old Baptist, who has preached Christianity in Workington, Cumbria for years, said he did not mention homosexuality while delivering a sermon from the top of a stepladder, but admitted telling a passing shopper that he believed it went against the word of God. Police officers are alleging that he made the remark in a voice loud enough to be overheard by others and have charged him with using abusive or insulting language, contrary to the Public Order Act.Mr McAlpine, who was taken to the police station in the back of a marked van and locked in a cell for seven hours on April 20, said the incident was among the worst experiences of his life."

The incident has sparked a freedom of speech debate.

Watch a report from the UK's Christian Institute and a video of McAlpine preaching in Sheffield in July 2008, AFTER THE JUMP…