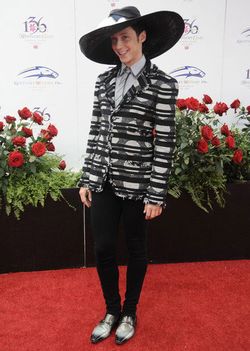 Michelle Bachmann (surprise) utterly wrong on net neutrality: "I mean, let's face it, what's the Obama administration doing? They're advocating net neutrality which is essentially censorship of the Internet. This is the Obama administration advocating censorship of the Internet. Why? They want to silence the voices that are opposing them.

Rumors of their split have been greatly exaggerated.

Religious right anti-gay May Day event an EPIC FAIL: "It apparently cost $70,000 to put together and was lined with evangelical stars – from Tony Perkins of the Family Research Council to Pete LaBarbera of Americans For Truth About Homosexuality to right-wing favorite and former Presidential candidate Alan Keyes."

Rush Limbaugh thinks the oil well was blown up by "environmentalist wackos" and that the oil spill should be left alone because it's natural. 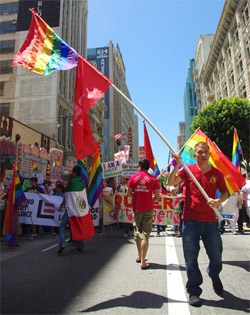 LGBT immigrants among 50,000 at L.A. May Day immigration march.

Hong Kong radio show "We Are Family" wins human rights award: "RTHK Radio 2’s We Are Family, the first ever LGBT radio programme on Hong Kong's public airwaves, was launched back in 2006 by its current presenter, Brian Leung Siu Fai. Since then, Brian and the guests he has interviewed every week, have carried the torch for the LGBT community."

A fifth same-sex marriage for Argentina as Alejandro Luna and Gilles Grall tie the knot.

American evangelical pastor Lou Engle foments violence against gays in Uganda with The Call: "For much of Sunday’s service, the topic of homosexuality was slipped in between mentions of corruption and witchcraft; evils that Ugandans were told they should wish away. Unlike at other rallies, gay activists did not picket or protest. Instead they roamed the grounds quietly, watching from a distance." 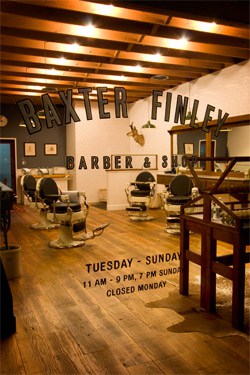 Morrissey speaks out over superfan's death: "Mel was a smiling face who lent strength to every single concert, even when events were going somewhat pear-shaped. I felt as if I knew Mel because she was always there — regardless of wherever 'there' happened to be; no snowbound landscape too far, no off-the-beaten track too untrekkable."

Prada model Nick Snider talks about his arrest in February.

The National Organization for Marriage (NOM) is holding an anti-gay marriage rally in D.C. with Bishop Harry Jackson tomorrow.

A new community for gays who like to surf!

Gay man says he was beaten unconscious by Fort Lauderdale police: "When O'Neal pulled up, Clouse was sitting on his motorcycle attempting to get it started. The cop says he got it fired up, and then hit the curb trying to flee again, so that he fell. Clouse says several officers approached him, and one called him a faggot, saying something about his 'man purse.' As Clouse recalls it, O'Neal pushed or punched him so he fell off his bike, and the bike fell on top of him. He says he was 'beaten unconscious.'"