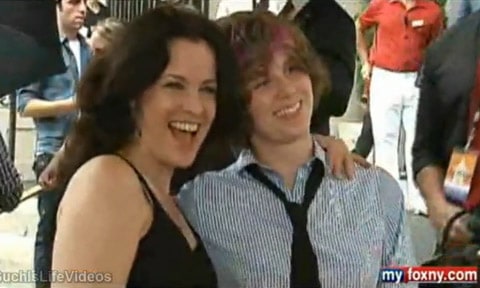 Ally Sheedy announced that her daughter Rebecca is a lesbian on the red carpet of the Trevor Project's 10th annual East Coast fundraising gala on Monday night. The Trevor Project is the nation's largest LGBT youth suicide prevention organization.

Said Sheedy: "My daughter has just come out, so… it's personal."

Sheedy now has a daughter and a mother who are lesbians. Her mother, New York literary agent Charlotte Sheedy, divorced her father in 1971 and came out to her as a lesbian in the early 80's.

Watch Sheedy on the red carpet (which includes interviews with Vanessa Williams and Jason Mraz), AFTER THE JUMP…