Texas student Lance Reyna claims that a knife-wielding assailant used anti-gay slurs, attacked and then robbed him in a restroom at Houston Community College earlier this week. 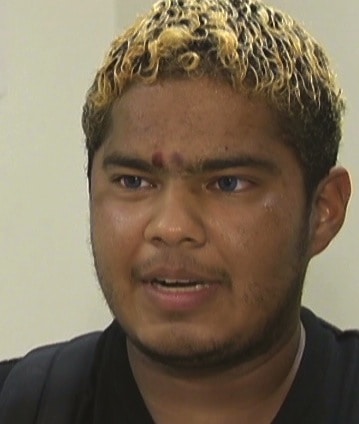 On Tuesday afternoon, at HCC’s central campus, Reyna used therestroom. He was washing up at the sink when he says a man grabbed himin a headlock, calling out in a mocking voice, “Hey, queer.”

“Iwas about to say, ‘Okay, cut it out, Brandon,’ or whoever it was likeone of my friends,” says Reyna. “Then all of a sudden he put a razor tomy neck.”

Reyna remembers panicking as the stranger warned him to be quiet and cooperate.

“Iwas scared, I really was scared. He had the blade up there and he kindof made little strokes like he was going to cut me. And I'm just like,well, let me tuck my chin in so that way I don't bleed to death.”

LanceReyna says he was punched and kicked as he struggled to the floor. Thenthe unidentified man ripped the wallet from his pocket and fled.

Reyna is convinced he was targeted because he is transgender, and gay.

Police have accumulated a short list of suspects. Watch the broadcast news segment from Fox 26 AFTER THE JUMP.

Previous Post: « Judge: Anti-Gay Pastor Can Distribute Bibles At Pride Event
Next Post: The Space Needle Does Its Part For Gay Pride »