In a profile in The New Yorker, Mike Huckabee talks about his opposition to same-sex marriage, citing the "ick factor" of gay sex: 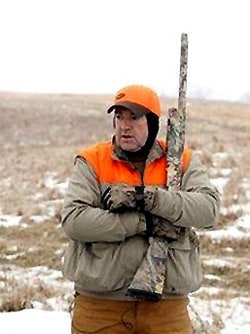 You know, I could get into the "ick factor" of watching Huckabee screw his wife, but I'd still allow him to marry her.

Huckabee also jokes that his opinion about gay marriage would change if he were ever forced into a relationship with Nancy Pelosi or Helen Thomas:

"At times, he seems unable to resist the force of his own funniness. I joked with him once that I would write about his (fictitious) affair with Nancy Pelosi. He e-mailed back, 'The only thing worse than a torrid affair with sweet, sweet Nancy would be a torrid affair with Helen Thomas. If those were my only options, I'd probably be FOR same-sex marriage!'"

But, you know, Huckabee claims he accepts gays because they're just like him:

“I’ve had people who worked for me who are homosexuals. And I don’t walk around thinking, Oh, I pity them so much. I accept them as who they are! It’s not like somehow their sin is so much worse than mine.”

Still, he doesn't want to hear about studies that show children brought up by lesbians are better adjusted than their peers, or care if gay marriage might help society:

"Regardless of the past, wouldn’t Huckabee be curious to know whether allowing gay people to marry had a positive or negative effect on children and society?
'No, not really. Why would I be?' he said, and laughed.
Because saying that something ought to be a certain way simply because that’s the way it supposedly has always been is an awful lot like saying 'because we said so.'"