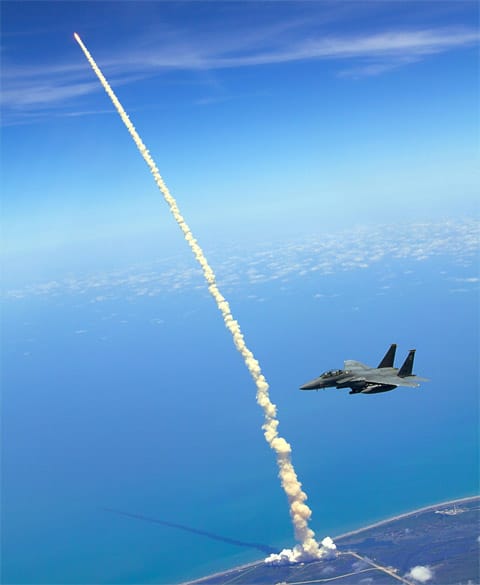 Now this is a view.

Telegraph writes: "As the Space Shuttle Atlantis headed to space and the International Space Station for the final time on May 14, a pair of F15 Strike Eagles patrolled the skies above the launch and captured this stunning image. Note the shadow of the plume. Lt. Col. Gabriel Green and Capt. Zachary Bartoe photographed the launch from an F-15E Strike Eagle over Kennedy Space Centre in Florida. Colonel Green is the 333rd Fighter Squadron commander and Captain Bartoe is a 333rd FS weapons system officer. Both aircrew members are assigned to Seymour Johnson Air Force Base, North Carolina."