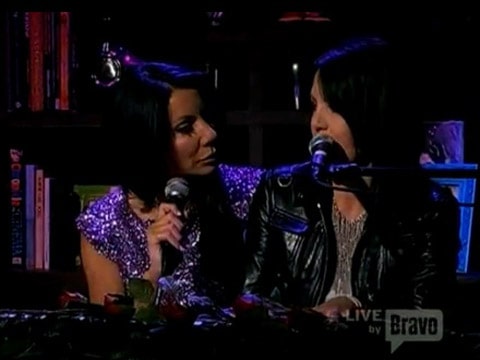 Nothing like going Anne Heche for a few months to fire up discussion of your better-than-expected musical debut.

Danielle Staub appeared on last night's Watch What Happens Live with Andy Cohen and debuted her new single "Real Close" which puts her in the lead in the Real Housewives Singing Attempt Derby.

While performing, she did a bit of ear-nibbling on her collaborator, lesbian singer Lori Michaels, which caused the slightly tortured Cohen to perk up, asking them, "Are the two of you together?"