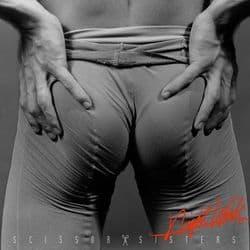 Scissor Sisters Jake Shears and Ana Matronic discuss their new album with the 'Times' of London:

"Night Work is the sound of a band, in Jake’s words, 'having a f***ing blast', an infinitely singable, paradoxically optimistic paean to a night out, set in disco-era New York, and it is quite, quite filthy. To reinforce this point, the cover picture is a Robert Mapplethorpe photograph of a beautiful male ballet dancer’s bottom, and towards the end of Invisible Light you can hear Sir Ian McKellen narrating a self-penned homage to the bacchanal. Ana says that when they listened to the album together for the first time, Jake realised what it was about: 'What if AIDS never happened?'"