Blake Adkins and Kevin Novotny, two students at Southern Oregon University have apologized for a graffiti spree in the dorms, saying they are not homophobic, but were just bored. 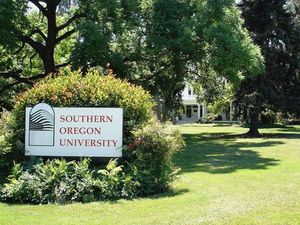 "On the white walls of two dorm hallways — including one with a gender-neutral floor that houses several gay students — they wrote what police called anti-gay graffiti.

'We already had markers in our hands and we started to draw stuff on the walls, and it escalated,' Adkins said.

In an interview earlier this week, Adkins, 19, and Novotny, 20, admitted to the crime and apologized for it.

'Kevin and I would like to say that we're deeply and sincerely sorry to all that were affected,' Adkins said.

'Absolutely,' said Novotny, who sat beside Adkins in an empty SOU math classroom.

'We're good people, we just made a mistake,' Adkins added. 'It was a reckless act. It wasn't supposed to be a hate crime or anything like that. It was a poor choice of words.'

Adkins and Novotny said they plan to apologize in person Friday to residents of the dorms hit by the graffiti and to also write each resident a letter of apology. In the coming days, they plan to begin volunteering at the university's Queer Resource Center.

'We are voluntarily doing things in a positive manner to show that we are good citizens and we do care and love everyone,' Adkins said."