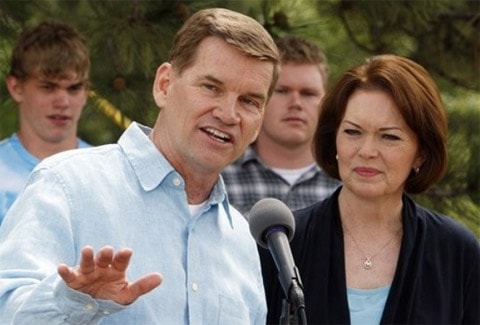 Ted Haggard has made his "groundbreaking announcement".

"…the Haggards are starting a new ministry, called St. James Church.During his press conference at his Colorado Springs home, surrounded by his family, Haggard said his new church's theme would be to 'help other people go through the difficult times in their lives.' Everyone will be welcome: Democrat, Republican, gay, straight, addicts, tall, short, etc…Haggard said that he doesn't expect St. James to become another megachurch, but 'helping one is better than helping none.' The church's name comes from the Bible's book of James, which emphasizes good works along with faith; Haggard said it stems from the 'tangible form' of love and help that his family received after his fall from grace."

TPM reports: "Referring to the scandal as 'the crash,' Haggard noted that since it happened, 'I don't judge people anymore.'However, he did emphasize that there will be no gay marriages performed in his church, because 'God's ideal plan for a marriage is the union of a man and a woman.' Haggard added that it's also 'God's ideal that all of us have our weight under control,' but that doesn't always happen."

Also, a few live tweets from the Wonk Room: 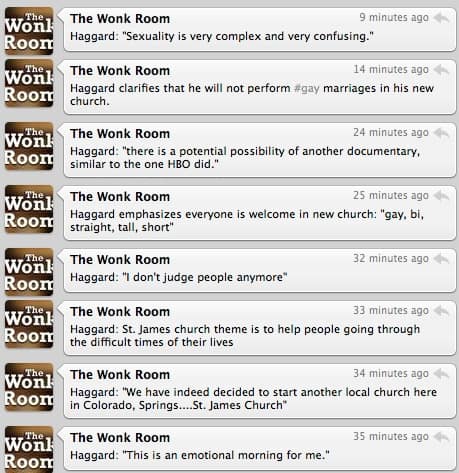