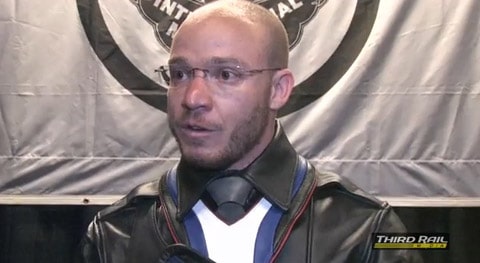 Tyler McCormick, Mr. Rio Grande Leather of New Mexico, was named International Mr. Leather at the annual IML competition in Chicago over the weekend. The competition is in its 32nd year. 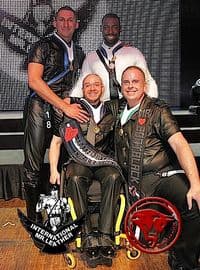 "McCormick, a female-to-male transgender man who uses a wheelchair, bested a field of over 50 contestants, from from across the U.S. and around the world. 'When I first transitioned, I was told I would never be accepted and that I would never be able to take my shirt off in public,' McCormick said during Sunday's competition. 'Standing here as a strong, confident leatherman is proof to the contrary.'Participants were judged on stage presence and personality (Pecs and Personality), leather image, presentation skills, and physical appearance.Over 2,000 leather enthusiasts packed the Grand Ballroom of the Hyatt Regency Chicago for Sunday's competition. Colton Ford entertained the audience. First runner up was Lance Holman, Mr. San Francisco Leather, while Jack Andrew Duke, Mr. Texas Leather, was second runner-up."

Watch it (some portions NSFW), AFTER THE JUMP… 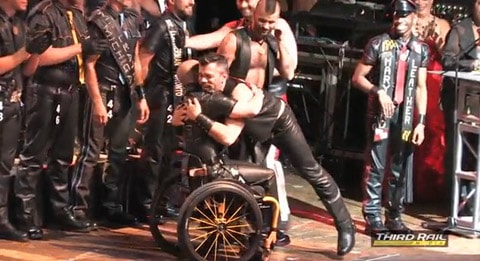