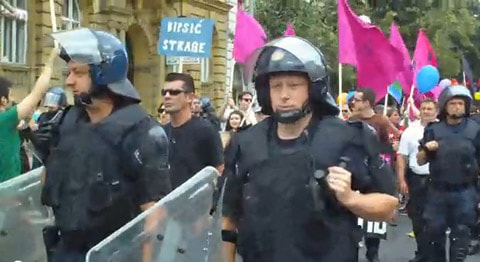 Walk with Pride has a stunning pictorial look at last weekend's Pride march in Zagreb, Croatia.

It did not occur without arrests:

"The group of protestors, which seemed to be made up mostly of under-aged boys, did everything from Nazi salutes, to anti-gay songs, to showing female participants their sexual organs. Several arrests were made. During this arrest, one of the police officers kicked this young man in the head. It was broadcasted on the news over and over again. Not one Pride participant I talked to took any joy in the scene. Instead, they each expressed concern for the boy. This is even after several of the Pride participants were attacked by groups of young men as they walked home after the march."

Watch Zagreb's march, AFTER THE JUMP… 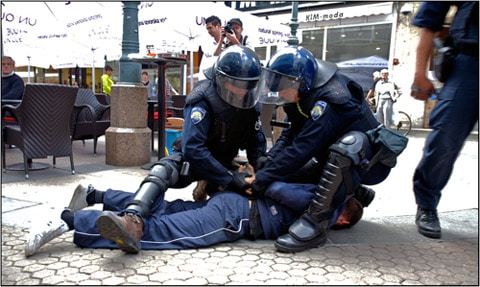 Previous Post: « Watch: Gays Protest G20 Summit in Toronto
Next Post: Huckabee: I Wasn’t First to Use the Phrase ‘Ick Factor’ About Gays »