DeFarra Gaymon, the successful CEO of Credit Union of Atlanta, was shot and killed by a police officer in Newark, New Jersey last week after allegedly propositioning the officer at a cruising area to which he had made a detour on the way to his 30th high school reunion. 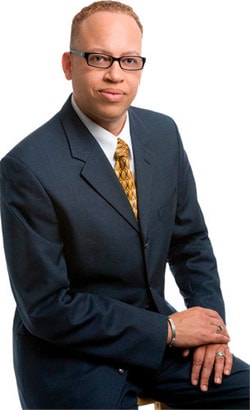 Details regarding Gaymon's death, mostly from the one-sided perspective of the officer who shot him, are emerging:

On Tuesday, the acting Essex County prosecutor gave the first detailed, public description of what happened in the wooded park that night, saying that the officer, who had tried to arrest Mr. Gaymon, 48, over lewd behavior, fired in self-defense. The prosecutor, Robert D. Laurino, said that Mr. Gaymon assaulted the officer, a 29-year-old member of the Essex County Sheriff’s Department, tried to flee and then, when cornered, attempted to disarm the officer.

The incident, despite whatever your personal opinions are about consensual sex in public places (between men, most of whom do not identify as gay), begs the question of why police budget and resources are being spent to send armed officers to deal with this type of behavior.

Around 6 p.m., after chasing down a man and arresting him, the officer realized he had lost his handcuffs in the pursuit and went back into the woods, alone, to retrieve them, the prosecutor said.

“The plainclothes officer was bending down to retrieve his handcuffs,” Mr. Laurino said, “when he was approached by Mr. Gaymon, who was engaged in a sexual act at the time.” Words were exchanged that the prosecutor said “would lead one to believe that” Mr. Gaymon was propositioning the officer.

“Mr. Gaymon reached into his pocket and lunged at the officer in an attempt to disarm the officer,” Mr. Laurino said. The officer, “fearing for his life,” the prosecutor said, shot Mr. Gaymon once, and he died at the hospital three hours later.

Mr. Laurino’s statement was based on an account given by the officer to investigators. Prosecutors said they knew of no one else who saw what happened, and they asked that any witnesses step forward.

A married father of four is now dead because someone on the Newark police force felt that eradicating this behavior was more of a priority than all of the other problems in that city.