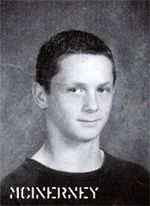 "Defense attorneys for a Southern California teen accused of murdering a gay classmate are seeking to have the judge in the case recuse himself before the trial begins.Lawyers for defendant Brandon McInerney claimed in a motion Monday that Ventura County Superior Court Judge Charles Campbell won't be fair.The judge recently refused to allow the defense more time to prepare for trial and planned to begin jury selection on Tuesday."

"McInerney's attorney Scott Wippert says he needs more time to look into mitigating circumstances like the sexual harrassment of his client.Lawrence King's father was in court today.But did not comment on the proceeding that could push the trial back for several weeks."

Watch a report from KEYT, AFTER THE JUMP…