Google is set to begin compensating its gay and lesbian employees extra wages to make up for a tax required when receiving domestic partner health benefits, which their heterosexual counterparts aren't obligated to pay. 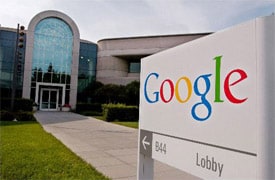 Under federal law, employer-provided health benefits for domestic partners are counted as taxable income, if the partner is not considered a dependent. The tax owed is based on the value of the partner’s coverage paid by the employer.

On average, employees with domestic partners will pay about $1,069 more a year in taxes than a married employee with the same coverage, according to a 2007 report by M. V. Lee Badgett, director of the Williams Institute, a research group that studies sexual orientation policy issues.

So Google is essentially going to cover those costs, putting same-sex couples on an even footing with heterosexual employees whose spouses and families receive health benefits.

The company began to look at the disparity after a gay employee pointed it out, said Laszlo Bock, Google’s vice president for people operations (also known as human resources). Google, by the way, says its benefits team seriously considers any suggestions on how to expand its coverage.

“We said, ‘You’re right, that doesn’t seem fair,’ so we looked into it,” Mr. Bock said. “From that initial suggestion, we said, let’s take a look at all the benefits we offer and see if we are being truly fair across the board.” As a result, the company also decided to make a few other changes that would help gay employees, including eliminating a one-year waiting period before qualifying for infertility benefits and including domestic partners in its family leave policy — going beyond the federal Family and Medical Leave Act, which requires employers to provide up to 12 weeks’ leave in a one-year period to recover from a medical condition or to care for a relative.

Hopefully, one day soon this inequity will be remedied across the land. Until then, it clearly pays to speak up to your employer. Google's new policy will apply only to domestic partners and the dependents of the employee's domestic partner and will be retroactive to January 1.