I am going to be interviewed on Austin, TX radio show OUTCAST tonight sometime between 7 pm and 8pm EDT for those of you interested in listening. I believe it also streams live here. 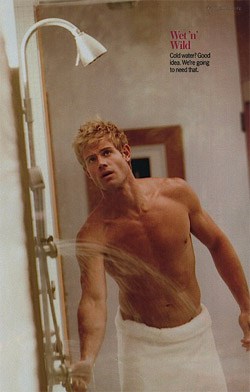 Trevor Donovan cleans up for Cosmo.

Margaret Cho: "I very consciously dated many, many gay men."

Obama outlines HIV/AIDS strategy: "While acknowledging that 'increased investments in certain key areas are warranted,' the report does not propose a major increase in federal spending. It says the administration will redirect money to areas with the greatest need and population groups at greatest risk, including gay and bisexual men and African-Americans. The federal government now spends more than $19 billion a year on domestic AIDS programs." Strategy, Plan.

The Kids Are All Right blows up limited box office: "According to estimates provided by Rentrak earlier this afternoon, the critically acclaimed “Kids” grossed a massive $504,888 from just 7 theaters in 5 markets (New York, Los Angeles, Toronto, Chicago and San Francisco), averaging a quite staggering $72,127." 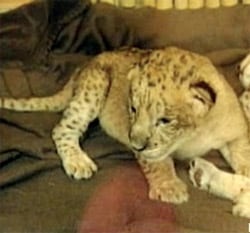 Rare Barbary lion cubs born at Pennsylvania animal park: "The reason these cubs are so special, is Barbary Lions actually are extinct in the wild since 1921. They were basically hunted to extinction. They were sought after because they had a big thick mane that was impressive to the hunters and that's just what did them in."

The NOM hate bus got vandalized. Joe thinks they did it. Wouldn't be surprised.

NYC pays out $300K to officers in sexual harassment suit: "The city has agreed to pay $300,000 to settle a sexual harassment claim against Lt. Kieran Crowe, who blamed his behavior on jock itch, the Daily News has learned. 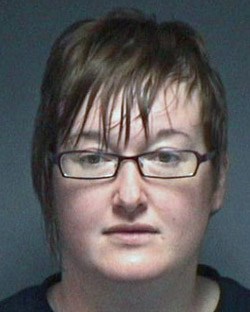 Lesbian couple jailed in UK, charged with attacking a straight man who made a sexual advance.

MIXNER: Obama's Justice Department is not required to appeal the DOMA ruling. "The administration can just get rid of DOMA in one single decision by not appealing. No act of legislation is needed, the President can blame the courts if he wants to and we are one step closer to freedom. This is a brilliant no-brainer! Yet, so far, we haven't even received from the White House an acknowledgement that it was an important victory for LGBT freedom and the President hopes that the courts will continue to uphold our struggle. Nothing but silence from 1600 Pennsylvania Avenue."

Britain's tabloids warn Lindsay Lohan of lesbian gang attacks in jail: "Everyone will want a piece of her. It will make them famous if they hurt Lindsay Lohan…Or if you get her to cry, the whole ward will laugh and people will love it – even the guards."

Previous Post: « Pentagon: Segregation of Gay Troops ‘Absolutely Off the Table’
Next Post: Towleroad Guide to the Tube #694 »