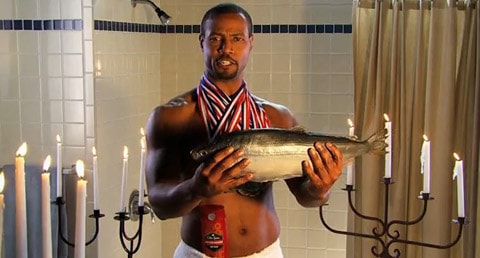 If you spent any time at all surfing the web yesterday you probably saw the viral campaign being waged by Old Spice and their spokesman Isaiah Mustafa, who was launching custom-made messages to various websites and individuals via Twitter.

The whole thing has a model concept for a viral campaign, Mashable writes:

"In this amazingly well run campaign, the team behind it managed to engage half of the Internet, and provoke almost unequivocally positive results from social media sites such as Reddit and Twitter. Hell, even the comments on YouTube were overwhelmingly positive – and that never happens. The Old Spice Twitter account accumulated tens of thousands of new followers; the YouTube videos amassed hundreds of thousands of views.Old Spice did it by doing everything perfectly. The Old Spice guy recorded his video responses in rapid succession, an amazing feat in itself which cannot be truly appreciated if you’ve never been in front of a camera. His answers were a perfect mix of coolness and the stuff internet memes are made of. The actual brand – Old Spice – was never shoved into viewers’ throats. Most importantly, all of it was incredibly fun to watch.The team behind the campaign took great care to engage celebrities, influencers, common folks and popular social media sites in equal amount."

Watch Mustafa's good-bye message and one of his videos that contained a marriage proposal, AFTER THE JUMP…