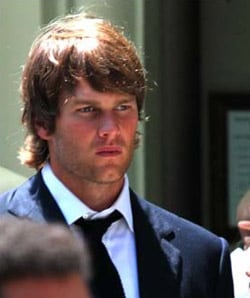 Who knew Jon Secada was a Chippendale's dancer?

Portland police to re-open investigation into massage therapist's allegations that Al Gore groped her: "Consistent with our policy regarding open investigations, the Police Bureau will not be commenting on any additional specifics regarding this case at this time."

Kris Allen is "upset" that people saw him shirtless.

Vermont looks back at civil unions, 10 years later: "When Lois Farnham and Holly Puterbaugh were joined in civil union 10 years ago Thursday, some of their friends didn't come for fear they'd lose their jobs, and the church asked that plainclothes police officers attend the ceremony in case there was trouble.

A decade later, Vermont and four other states – Massachusetts, Connecticut, New Hampshire and Iowa, as well as the District of Columbia – have instituted full marriage for same-sex couples, and the Burlington couple say many people view their relationship as 'ho-hum.'" 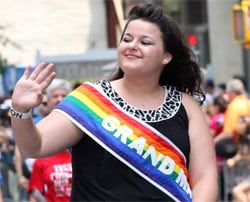 Constance McMillen to keep making life better for others: "I know I will continue to be an activist because through all of this, I have met a lot of people. I have heard a lot of horror stories so it's really made me realize how important it is to be an activist. Because, you hear some of these stories and you are like, 'how can you not be an activist?' You know, because some of them are really heartbreaking."

Fight Back NY wants to know who you want "sent packin'" from the legislature. 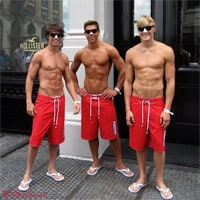 Pope protesters to march in London Pride this weekend.

Did Chris Brown use eyedrops to create the tears he shed at Michael Jackson tribute? 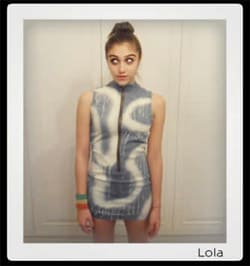 Lourdes welcomes you to her blog: "Helluuur thurrrr, I’m Lola and this is my first blog entry so it’s kind of like ummmm…."

Chinese gay man sues Beijing Red Cross over ban on blood donation: "The man, an editor identified by his pen name Wang Zizheng, said he was gay in a health questionnaire filled out when he went to donate blood in early June, and was then told he could not be a donor, the China Daily said."

Tennessee court sides with lesbian mother: "Tennessee's Court of Appeals has struck down a judge's ruling in a child custody agreement that prevents a woman who now lives in Black Mountain from having her female partner spend the night while her children are in the home. The restriction was not requested by the ex-husband and came despite an evaluation finding no harm to the children."

Previous Post: « Photo: First Confirmed Image of a Planet Outside Our Solar System
Next Post: Towleroad Guide to the Tube #688 »