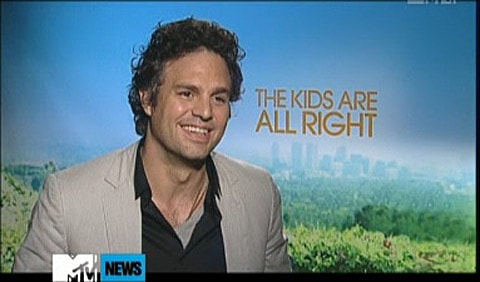 At the junket for The Kids Are All Right (which he's great in, btw), Mark Ruffalo tells MTV News that he's going to star in Larry Kramer's adaptation of his semi-autobiographical play The Normal Heart.

Says Ruffalo of The Normal Heart: "It's basically a story of when the AIDS outbreak happened in New York. It wasn't really taken seriously, I think specifically because it was 'the gay cancer,' they called it. I think it's a really interesting time in America. I think to see someone who really does change the world by his commitment and he's even totally by himself at times, there's still a real power in that. I love that it's a people-powered movement that actually changed the way our government looked at this epidemic. I think there's a real powerful message to that and something that we forget. We can get really cynical about what we can do, it gets stacked against us and they're all corrupt — and at the end of the day, everything starts with people. The reason they're there is because of us…It's a juicy part. It's just a great role, man. He's a fighter, you know?"

Ryan Murphy is involved in the production as well, though in what capacity is not clear.