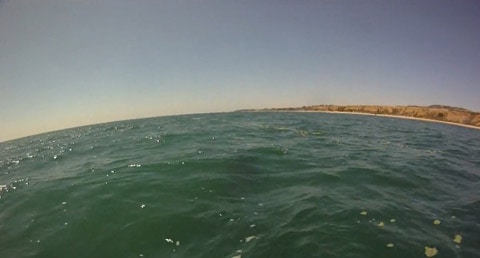 If you were paddle surfing and two massive sharks circled you for 15 minutes, would you return to the same spot the next day on just your paddle board to try and film them? 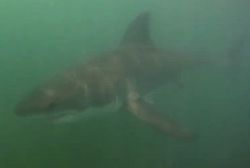 Chuck Patterson did, off San Onofre State Beach in California:

"The day before I shot this video, I was SUP [stand up paddle] surfing with a couple friends and 2 sharks circled us for about 15 minutes. The next day, I decided to go back out at around the same time and take my camera mounted on a 10 ft pole and do some exploring. Sure enough within 5 minutes, a 9 ft shark came out of nowhere and circled twice and slapped his tail on my board before disappearing. Then a minute later, a 7 ft young juvenile Great White swam circles around me for 12 minutes."