In mid-July I posted about Ebrahim Hamidi, who is facing execution after his arrest two years ago for being involved in a fight with a family with whom his own had been feuding. Hamidi and three of his friends were later accused of sexual assault on another man. 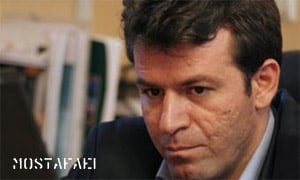 Hamidi confessed to the crime, allegedly after being tortured. Hamidi's three friends were cleared of the charges in an agreement that they would testify against Hamidi. The accuser in the crime, the man who was allegedly sexually assaulted, has since said, in recorded testimony, that he lied.

Yet Hamidi is still apparently facing imminent execution and has no legal representation, the Guardian reports:

"Ebrahim Hamidi, who is not gay, was sentenced to death for lavat, or sodomy, on the basis of 'judge's knowledge', a legal loophole that allows for subjective judicial rulings where there is no conclusive evidence.

Hamidi had been represented by human rights lawyer Mohammad Mostafaei, who has since been forced to flee Iran after bringing to international attention the case of another of his clients, Sakineh Mohammadi Ashtiani, a 43-year-old Iranian mother of two who has been sentenced to death by stoning for adultery. Mostafaei was due to arrive in Norway yesterday to begin a life in exile while continuing his campaigns on behalf of his clients, including Hamidi.

At the same time, human rights activist Peter Tatchell has written to the foreign secretary, William Hague, urging him to contact the chief justice of Iran and ask that the execution be halted."