A visit from Adam Lambert: 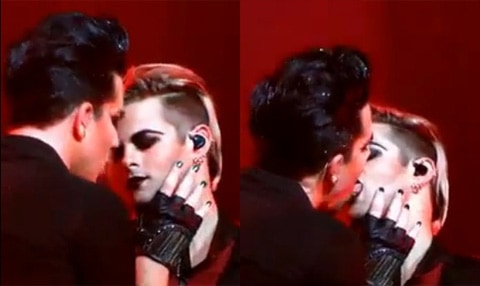 The "God hates fags" crowd from Westboro Baptist Church was scheduled to protest the Adam Lambert concert in Springfield, Missouri on Saturday night.

"Still, the openly gay singer (a frequent target of WBC ire) came out to greet his supporters and autograph their protest signs; tweeted his outrage at the 'Westboro Bastard Church of Ignorance'; and kissed a male bandmate during his show, adding: 'Suck on this, Westboro.'"

Watch video of the kiss, and of Lambert's visit to the counterprotesters, AFTER THE JUMP…