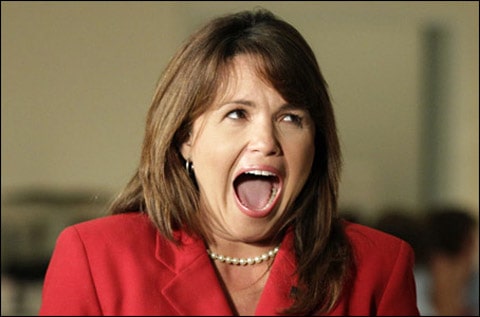 "O’Donnell has said she “cannot understand” why gay people are offended by homosexuality being called a 'deviant sexual orientation,' and has claimed that gay people are 'attacking the very center of what is America — freedom to have different views.' But in a 2006 quote uncovered by the Washington Post’s Greg Sargent, O’Donnell took an even harsher stance: 'People are created in God’s image. Homosexuality is an identity adopted through societal factors. It’s an identity disorder.'"

O'Donnell spoke over the weekend at the Values Voters Summit.