As part of a benefits package extended to gay and lesbian federal employees and their same-sex partners, the OPM this week implemented a provision allowing those employees temporary leave without pay for educational and medical reasons, the WaPo reports: 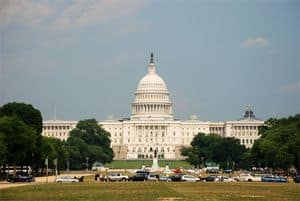 "The Office of Personnel Management announced the changes late last week, instructing federal agencies to extend 24 hours of leave without pay each year to gay federal workers, essentially allowing them to attend school functions and medical and dental appointments or to provide care to an elderly partner…The federal government's leave-without-pay policy is separate from the Family and Medical Leave Act and Obama cannot extend full benefits to the same-sex partners of federal employees unless Congress passes relevant legislation. Efforts to do so have stalled this year in the House and Senate."