Rich Tafel, former head of the Log Cabin Republicans, lays into former RNC Chair Ken Mehlman in an interview with the Washington Blade: 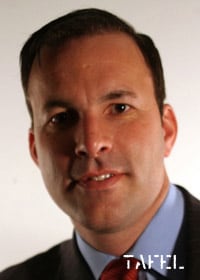 “It pisses me off that people will put their ambition ahead of the truth, and then, when it’s convenient, play the gay card and hope that everybody [can] raise money and get money and then expect everybody to say, ‘Everything is great,’” Tafel said.

Tafel says Mehlman lacks moral courage and was an "unhelpful" kind of closeted gay Republican, rather than the covertly "helpful" kind:

Tafel said Mehlman’s decision to come out after working for campaigns that promoted anti-gay initiatives “sends a lousy message.”

“You do have to show moral courage in coming out when you work in politics,” Tafel said. “And if the message is stay ambitious, and stay in the closet, even work with anti-gay stuff, and then come out and everybody’s supposed to forgive him — I’m just not there.”

“Most people actually tried to help … wherever they were in their life,” Tafel said. “They tried to help you, but he really never lifted a finger for us. Things got pretty hostile with myself and the Bush campaign. He was unhelpful. So, it was a pretty unhappy relationship. It was nothing positive.” Tafel said the Bush campaign in 2000 was “coming after” him personally and threatening to create another gay organization while saying “get in line or we’re going to put you out of business.”

More at The Blade, including a defense of Mehlman from current LCR Executive Director R. Clarke Cooper.

"Primarily I have always looked at myself as being a public servant and I have found that bipartisanship is more important than party affiliation. I feel it’s always been a better way to get the job done—to look at the real issues and not concentrate on any one party’s agenda. I think a lot of people are frustrated with the political system and I am interested in making good policy rather than protecting party identity."