The Age newspaper in Australia reports that a gay foster father in Victoria has been allowed to adopt an 11-year old boy, a first in that Australian state. Since it is still illegal for gay couples to adopt children together, the man, who is partnered, has adopted the child by himself.

The piece n The Age includes a heartwarming quote by the newly-adopted young boy proving once again that it doesn't matter if parents are gay or straight, so long as they provide childre with a nurturing and loving home. 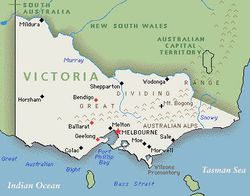 "I'm really glad that I'm adopted. They always play with me and they do fun activities with me like going to the park and watching me play footy. It's a really good thing.''

The boy's adoptive father said it had felt like they were going on trial for their sexuality, and the possibility of losing their son had been ''hell''.

He said it had been a strain on him and his partner to decide who would be the one to adopt, but the outcome was just: ''We feel as though we've done our bit to help pave the path for others.''

The man's partner said he could understand why some people thought every child should have a mother and a father but many children had neither.

Earlier this week, Andy reported on the passing of a bill making it legal for same-sex couples in The New South Wales state to adopt.