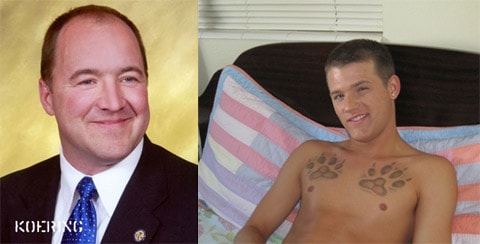 "Koering told the St. Cloud Times over the weekend that he will run a write-in campaign for the state Senate seat he now holds. Koering lost to Paul Gazelka in the Republican primary after the National Organization for Marriage and the Minnesota Family Council made hay of Koering’s dinner date with a porn actor over the summer. Koering says an overwhelming response from voters in the district encouraged him to run. 'Wherever I went, people were telling me they were going to write my name in,' he told the St. Cloud Times. He said there was an 'overwhelming show of support from many friends and acquaintances.'"

Koering, who came out in 2005, supports Minnesota's ban on same-sex marriage and voted against a gay marriage bill in 2009.