I wouldn't. (Not that I have any.) Who can look at young, slick movie stockbrokers without picturing them as axe-wielding "Patrick Bateman"s anymore? 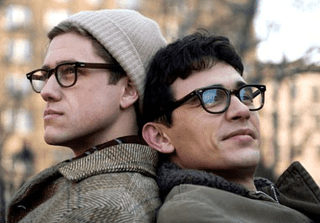 Where were we? Oh, new releases: Shia Labeouf wants to marry into the Gordon Gekko "greed is good" business in the unfortunately topical Wall Street sequel WALL STREET MONEY NEVER SLEEPS; your annual Woody Allen fix is called YOU WILL MEET A TALL DARK STRANGER; James Franco is gay poet Allen Ginsberg in HOWL; Titles as long as LEGEND OF THE GUARDIANS: THE OWLS OF GA'HOOLE are their own plot synopsis; the all star female cast of YOU AGAIN  promises cross-generational frenemy humor; and Davis Guggenheim, who won an Oscar for directing Al Gore's environmental speech An Inconvenient Truth, returns with a buzzy doc about the failing American education system called WAITING FOR SUPERMAN. Will Oscar strike him twice? 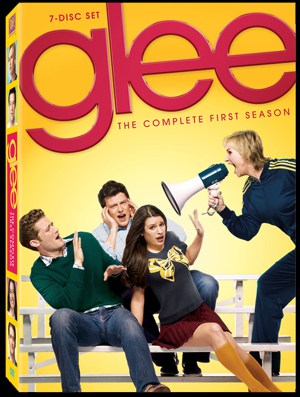 What did you make of the second season Glee premiere? This show is always so schizo, justifying both über fandom and biting critiques. I'm anxiously awaiting my promised boxed set but I wonder if it'll hold up on second view. At the very least there will always be those Kristin Chenoweth moments to savor. Here's to the ladies who don't need vocoders! (Then again, Lea Michele doesn't need one either and they keep shoving it on her anyway.)

Until Hollywood steps up its game and delivers regular movie musicals, those of us who live for them must love Glee even when it doesn't deserve our squealing fandom. Which is roughly, what, half the time? Modern Family's first season is also out on DVD so you can compare and contrast. Emmy made the right choice.

Is Mindy Cohn (The Facts of Life) really the godmother to the Brangelina twins? I swear I spend one day off the internet and I miss a piece of gossip this fun and weirdly believable. 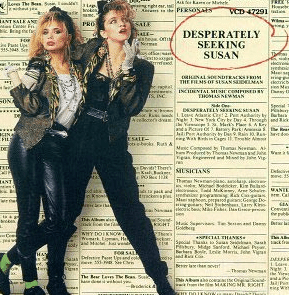 Desperately Seeking Susan is celebrating its 25th anniversary tonight in NYC. I must see the audition tape that supposedly exists featuring Madonna with Bruce Willis according to ArtsBeat.

Did any of you catch God of Carnage on stage? Marcia Gay Harden was so fantastic in her Tony winning turn but it looks like Jodie Foster is taking over for the movie version. Roman Polanski will direct Foster as well as Kate Winslet, Matt Dillon and that Basterd Christoph Waltz. Jodie's never done a movie like this, so I hope she's up to the task.

Keanu Reeves wants to reprise Bill & Ted. Yes, please. Since Keanu never ages, it seems like a natural pitch. But how is Alex Winter holding up?

Let's end with Julianne Moore weeping. She does so copiously and we always love to see her shed a few. We're not sadists but she's definitely a screen masochist.

That's how I carry on each time Juli loses the Oscar. Maybe she and Annette Bening with get Hers & Hers Best Actress nominations this year (they're both campaigning as leads in a rare case of truth in advertising) for their excellent duet in The Kids Are All Right. 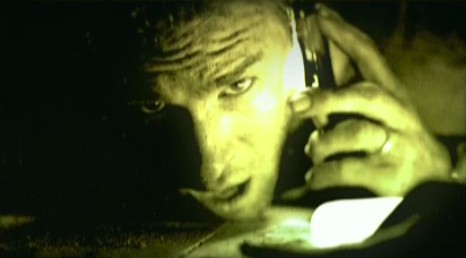 Pick up. Ryan needs you.

Your Feature Presentation
Only vampires and dead people are meant to log hours in a coffin. Ryan Reynolds, playing an American truck driver working in Iraq, has the unenviable position of waking up in one in BURIED. He's got nasty bruises and a dim recollection of being jumped. In other words, he didn't put himself there. Soon his cel phone rings — reception under ground? — with a threatening Iraqi on the other end and he realizes how bad he truly has it and how little time he has to escape the coffin. Like Memento, which told its story backwards or Hitchcock's Rope and Sokurov's Russian Ark which used just one take (Hitchcock cheated a bit), Buried is a gimmick film. The gimmick here is that you're trapped inside the coffin with Ryan. Director Rodrigo Cortés and his team manage to switch up the dynamic several times throughout the film, through lighting, editing, sound and script reveals. If you're easily bored, the filmmakers will try to heal your condition. Just about the only trick they don't employ to keep your interest is nudity. (And with Ryan Reynolds right there, sweating it out for the whole film, that seems like such a waste.) If you're easily bored, the filmmakers offer preventive health care. If you're claustrophobic, they can't be responsible for that pre-existing condition.

The only significant misstep is one voice casting choice, the voice being so familiar (even if you have trouble placing it) that the eventual reveal is ruined since the actor always plays parts like that. Still, for a gimmick movie, this is remarkably well sustained at an hour and half. It'll keep you guessing.

Would you leave Shia Labeouf in charge of your investments? 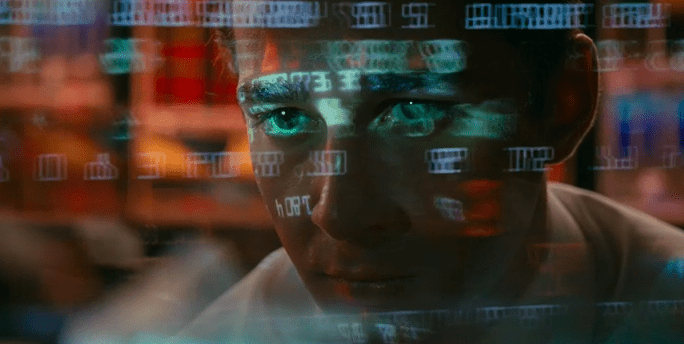