“I think it is a remarkably condescending message,” said Progressive Congress Action Fund executive director Darcy Burner. "The fact that [Progressives] are frustrated and discouraged has as much to do with the rhetoric coming out of the White House as anything else. And this is the latest example of that.”

Burner also pointed specifically at Obama's broken promise on health care reform's public option: "Here we have a president who over and over again said that a public option was going to be a key part of the health care plan — who then, it turns out, cut a deal to get rid of the public option."

Jim Dean, who heads the progressive group Democracy for America, also lamented the Administration's stance, which he finds more puzzling and misleading than anything else: "I’m not sure who’s being addressed here because I find that progressives — although frustrated — are working on campaigns. I know there’s a narrative out there about the enthusiasm gap, but especially for those who worked for Obama to get elected, I don’t think he’s addressing the right group.”

Burner concluded on this note, "The least he could do is acknowledge that progressives have legitimate concerns. Instead he's condescending. It's not helpful."

Obama and Biden's respective, yet similar, message are indeed "not helpful," because they're turning off an entire voting bloc just as the gap between Republican and Democratic Congressional candidates appears to be shrinking. 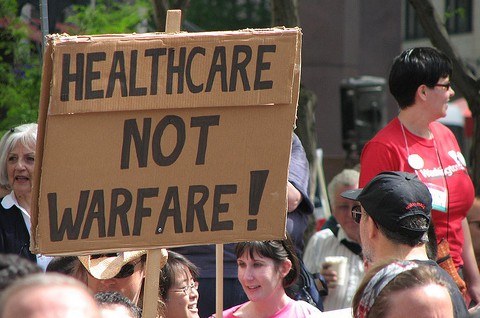 First Biden told upset constituents to "buck up" and "stop whining," then the President described Democrat's electoral "apathy" as "irresponsible."

"It is inexcusable for any Democrat or progressive right now to stand on the sidelines in this midterm election," said the President in an interview with Rolling Stone.

Well, now progressives have started responding to the White House, and in no uncertain terms.