Student Experiences, a Hostile School Climate and the Effects on Educational Outcomes and Psychological Well-Being:

Sorry – a little tight to read here. Click over here for a version that's a bit easier to read.

On the heels of the awful news out of Indiana this morning comes this 10-year study on bullying from the Gay Lesbian Straight Education Network (GLSEN). 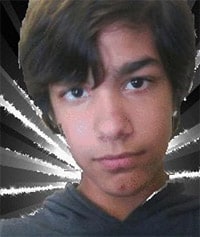 "The 2009 survey of 7,261 middle and high school students found that at school nearly 9 out of 10 LGBT students experienced harassment at school in the past year and nearly two-thirds felt unsafe because of their sexual orientation. Nearly a third of LGBT students skipped at least one day of school in the past month because of safety concerns. An analysis of National School Climate Survey data over 10 years showed that since 1999 there has been a decreasing trend in the frequency of hearing homophobic remarks; however, LGBT students’ experiences with more severe forms of bullying and harassment have remained relatively constant."

Said GLSEN Executive Director Eliza Byard: "In 1999, GLSEN began data collection on the school experiences of LGBT students in order to fill a critical void in our knowledge and understanding of the ways LGBT issues play out in schools. It could not be clearer that there is an urgent need for action to create safe and affirming schools for LGBT students. As our nation seems to finally be taking bullying more seriously, it is crucial that LGBT students are no longer left out of efforts to address this public health crisis."

KEY SURVEY FINDINGS, AFTER THE JUMP…