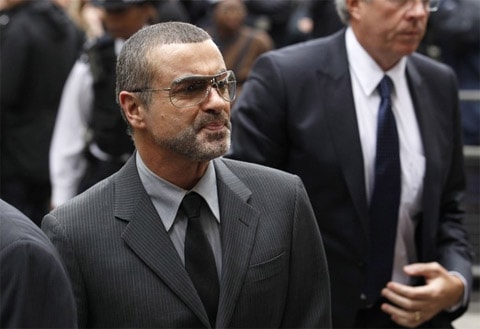 George Michael has been sentenced to eight weeks in prison at Highbury Corner Magistrates Court after pleading guilty in August to driving under the influence of cannabis, according to the BBC:

"Michael will serve just four weeks in prison, with the rest of his sentence spent under the supervision of the probation service."

Michael was banned from driving for two years in 2007 and sentenced to 100 hours of community service for a similar offense.