Another example of the Boy Scouts' discriminatory, anti-gay policies has reared its ugly head in the Dallas area. 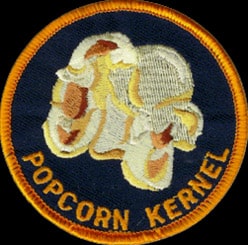 "A University Park father learned this week that he will not be able to serve as a leader in his 9-year-old's Cub Scout pack because he's gay. For the last two years Jon Langbert has organized a popcorn fundraiser for Pack 70 at University Park Elementary. Then at a September Scout meeting, someone complained about his homosexuality, Langbert said. He said he was told this week that he can't wear the Scout leader shirt he was given last year and that he cannot serve in a leadership position because of his sexual orientation. 'What message does that send to my son? It says I'm a second-class citizen,' Langbert said. Robert McTaggart, the Cubmaster for Pack 70, said Langbert will be allowed to continue as a popcorn fundraiser. That position is not considered a leadership role and can be held by a volunteer. The Boys Scouts of America has had a long-standing policy that rejects leaders who are gay or atheist. In 2000, the U.S. Supreme Court upheld the organization's rules in a 5-4 decision."

Langbert is taking action now over the school district, which allows the Boy Scouts to use its facilities:

"He said he is angry the Highland Park school district allows the Boy Scouts to use its facilities in spite of their discrimination. He said he has contacted attorneys. 'My tax dollars are paying for their discrimination. And the next gay dad who wants to come along can't. I'm not going to let them,' Langbert said. 'My position is that the school cannot allow the use of their facilities to an organization that discriminates.'"