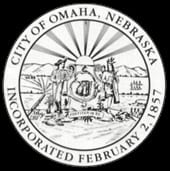 "The measure failed on a 3-3 vote. Councilman Franklin Thompson, who has called for a public vote on the issue, abstained. Councilmen Ben Gray, Pete Festersen and Chris Jerram voted in favor of the ordinance; Jean Stothert, Garry Gernandt and Thomas Mulligan were opposed. Gray, author of the ordinance, proposed that gays, lesbians, bisexuals and transgender people be a protected class under city code — protection they don't currently have under state or federal law. He amended tjhe proposal to exclude religious organizations, but members of the Omaha business community also opposed the ordinance.The council held a public hearing Tuesday on Thompson's proposal to put the issue to a public vote, in the form of an amendment to the City Charter. The vote on Thompson's measure is expected next week…Gray's ordinance would allow homosexual and transgender residents who believe they have been fired or suffered other workplace discrimination, or have been refused service at a restaurant, hotel or other place that serves the public, to file a complaint with Omaha's Human Rights and Relations Department, Assistant City Attorney Bernard in den Bosch has said."