Change.org points out that Robert Rowling, the Owner, Chief Executive Officer and President of TRT Holdings which runs Gold's Gym, made a sizable donation to American Crossroads, the pro-Republication organization founded by Karl Rove. As Politico puts it, the group intends to spend "$65 million to oust the Democratic majorities in Congress." Like most of those who donated the majority of American Crossroads's funding, Rowling is a billionaire and reportedly gave them $2 million through both his corporate and personal accounts. 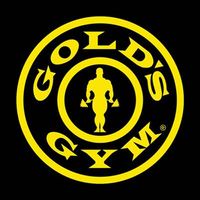 Change.org explains how that money (and your Gold's membership) is impacting political issues surrounding the LGBT community:

Among the candidates that the owner of Gold's Gym is working to elect include Nevada GOP senate candidate Sharron Angle, who is challenging Sen. Harry Reid. Angle, you might recall, has previously said that women who are raped should turn their lemons into lemonade, and that LGBT people should be barred from adopting children. And that's only the tip of iceberg. In years past, Sharron Angle put her blessing behind an insert that went out to voters that said homosexuality would lead to the destruction of the United States, and called gay people "sodomites" and "perverts." She even endorsed a statement that said there was no evidence to suggest homosexuality was biological, and that scientists who argue otherwise are flawed.

But Sharron Angle isn't the only candidate that American Crossroads is supporting. There's also Rep. Roy Blunt in Missouri, who is currently running for an open U.S. Senate seat in the state. Blunt has a whopping 0% rating from the Human Rights Campaign when it comes to legislation focused on the LGBT community, and has voted against the Employment Nondiscrimination Act (ENDA), in favor of a constitutional amendment banning same-sex marriage, and in favor of banning gay adoptions in Washington, D.C. And in his current campaign for U.S. Senate, he's made the preservation of the Defense of Marriage Act (DOMA) a hot issue, suggesting that if he loses his race, DOMA will die and gay people will be allowed to get married all over the country.

Change.org has started a petition urging Gold's Gym, which has many LGBT members, to stop supporting anti-gay politicians. You can sign the petition here.

If you want to see what kind of political ads American Crossroads is funding, watch a spot on Reid, AFTER THE JUMP.