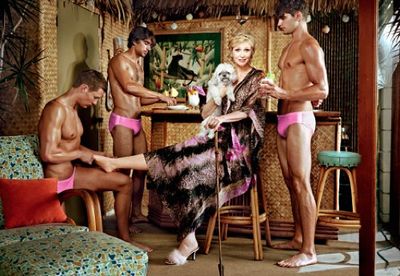 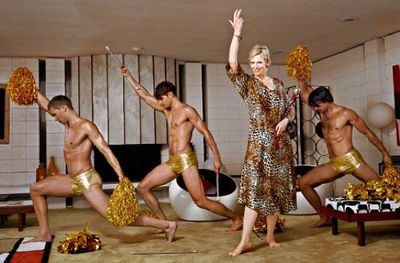 The Glee star shows up in the pages of More magazine with her cheerleaders, who are at least wearing matching uniforms.

Lynch gets reflective in the accompanying interview, but still manages to throw in a joke. She had this to say about her partner who she married this past summer: "I'd never dated anyone that I wanted to marry. I didn't think it was going to be out there for me. But the minute we were married, I felt the difference. I felt like I am no longer alone." She added, "I got married – and I married a doctor!"

Another shot from the spread, AFTER THE JUMP.