Traditionally, manslaughter convictions require knowledge of consequences, or to closely track the language of New Jersey's reckless homicide statute, manslaughter requires a "conscious disregard of a substantial and unjustifiable risk" that will result from one's conduct. To make disregarding risk "conscious", the defendant has to be aware of it. But it is not at all clear what Tyler's roommate knew. Nor is it clear what we can prove they knew. But, if we criminalized indifference to risks, rather than awareness of them, we could more adequately capture this crime.

I admit, this may be like tilting at windmills. The evolution of what lawyers call mens rea, or "guilty mind", has been toward making actual awareness an element of any crime. There is a certain logical fealty to that convention; after all, how can you be guilty of the consequences of your conduct if you were not aware of the risks posed by your conduct. As evidence of this convention, most jurisdictions have gotten rid of their negligent homicide statutes, which criminalizes when you should have (but weren't) aware of the substantial risks of your conduct. So, what I argue would represent a sea change, indeed. But given the changing landscape of crimes; the greater knowledge we have about the connection between bullying, depression and suicide; and the increasing prevalence of anti-bullying in the public consciousness, we need a way to capture bad behavior that the criminal law never had to deal with before. That is precisely when reform is necessary.

First, allow me to explain why I think the current law — sentence enhancement under New Jersey's hate crime law and traditional manslaughter — is inadequate in this case.

Hate crime laws are inadequate. Opposing hate crime laws is (one of my) gay heresies, but even though Tyler's death moved me to question my heresy, I stand by it nonetheless.  I have three reasons:

(2) To describe what happened to Tyler as a hate crime minimizes his death. To be guilty of a hate crime, a victim has to be targeted because of his membership in a particular group. The victim doesn't have to die. To describe the crime as a hate crime makes Tyler's death irrelevant and is, therefore, emotionally unsatisfying and legally under-inclusive.

(3) Oddly, the law is also too broad. The same criminally callous behavior that victimized Tyler could have victimized a young girl just the same, in which case it would not be a hate crime. Imagine a straight college student videotapes a young girl having sex with a boy and blasts it over the Internet. The girl, deeply religious, is devastated, distraught with guilt and terrified that her parents, who raised her on their church's strong distaste for premarital sex, will disown her. She doesn't know what to do, sees herself as a sinner and lives in fear of her parents' reaction. If she committed suicide, a hate crime law would not cover her death because she was not a member of a protected group.

But what happened to the young girl is still the kind of behavior we want to punish. It's bullying just the same, capable of the same lasting emotional and physical side effects.

What about manslaughter? As noted earlier, manslaughter requires causing a death by acting with knowledge of a substantial risk of your behavior and consciously disregarding that risk. Causation is not necessarily our biggest problem. The way Tyler, Raymond Chase, Justin Aaberg, Billy Lucas, Asher Brown and Seth Walsh all took their own lives after being bullied makes proving causation possible.

Therefore, I argue that we need to change the way we think about culpability. The bad conduct here was not ignoring a risk, it was failing to perceive that risk in the first place. Tyler's roommate was criminally callous and it was his very indifference to the possible consequences that makes him culpability from a moral point of view. Why should that not make him culpable from a legal point of view?

Consider this hypothetical, to which I am indebted to Professor S. Pillsbury. Two drivers are speeding down two dark roads: one is a man driving his ill son to the hospital, the other is a teenage boy showing off for his three male passengers. Neither see the red lights and they speed right through, injuring pedestrians in crosswalks. Under a manslaughter theory, they are both equally culpable — they both killed someone and they consciously disregarded a risk they should have been aware of (negligent homicide). But most of us don't like that outcome. As an alternative to treating them the same because both failed to recognize a risk, think of these options in terms of why they failed to perceive them. The father failed to perceive the risks because he was preoccupied with caring for his sick son; the teenage driver was busy showing off his machismo for his friends. There is a qualitative and morally worthy difference here.

Indifference theory exists in the criminal law in the form of the misdemeanor-manslaughter rule. In this doctrine, the intent required for a misdemeanor is transferred to the consequences of that misdemeanor. So, if a person ends up dying because a misdemeanor is committed, the intent from the misdemeanor is applied to the death, thus permitting a charge of manslaughter. This applies to a prankster who throws a mattress off an overpass into freeway traffic; if the mattress ends up causing a crash and killing someone, the prankster gets a manslaughter charge even though there is no intent to kill and no knowledge of the natural and probable consequences.

Unfortunately, New Jersey doesn't have a misdemeanor-manslaughter rule; crimes in New Jersey are matters of degree, rather than felonies or misdemeanors.

So, I think we need to change the criminal law. What do you think of indifference theory as a governing principle for culpability?

The current law's awkward inability to address Tyler's situation is part of what makes this situation so emotionally frustrating. We also have no one person to blame. We blame the roommate; we blame school administrators who let bullying continue; we blame religious leaders who fill their parishioners with hate; and we blame political leaders who blithely elevate bigotry to political discourse. We perpetuate a culture in which gay teenagers feel subhuman every time we hear our leaders, our parents and our friends use the word "faggot" or claim homosexual love is somehow less worthy of our recognition or say that gays cannot adopt because we don't trust them as parents. All such discrimination makes bullied gay teens feel isolated and alone. Tyler committed suicide because he felt his life had no value. Bullying will go on unless we stand up and say never again. 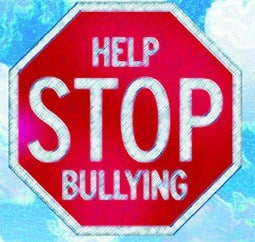 That understatement is from Middlesex County, New Jersey prosecutor Bruce Kaplan, the lawyer of the hour who finds his hands tied. He has to find a way to punish those responsible for the death of young Tyler Clementi, the Rutgers student who recently took his own life after his roommate filmed him in a private sexual act and posted it on Twitter. The problem is that current New Jersey law inadequately encompasses this crime. There is "invasion of privacy," but that carries a five year sentence at most. There is sentence enhancement under New Jersey's hate crime law, but such laws are dicey and it minimizes what actually happened here. There is a possible manslaughter charge (in New Jersey, it's a type of reckless homicide), but that will be hard to prove because it would require Mr. Kaplan prove Tyler's roommate's knew what would happen. Mr. Kaplan is right and that realization is gut-wrenching. I would like to propose a way to change that.

Tyler's story is not only heartbreaking, it is a clarion call — a call for us to stop tolerating anti-gay bullying and a call for a sea change in how we think about criminal culpability.

Continue reading "Sometimes, the laws don't adequately address the situation" AFTER THE JUMP.