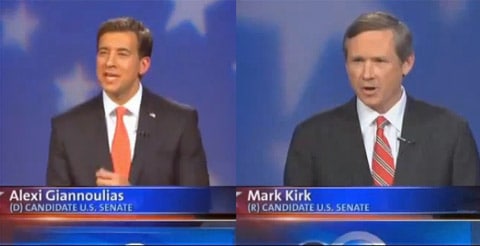 Interesting questions, given the fact that Kirk, who was serving in Afghanistan as recently as January, has been accused of being a closeted gay man several times during the campaign.

Watch our interview with Giannoulias, if you missed it, here.

See what they had to say at the debate, AFTER THE JUMP…